A not-too-technical explanation on how the Population Project's database will be structured.

Volunteers or freelancers collect lists of humans around the world. Some of these lists are several millions long (i.e. registered voters in the state of New York), others only a few hundred. Some lists contain all the fields we’re looking for (i.e. first name, middle name, last name, maiden name, sex, country, date of birth, place of birth), others just contain bundled names (“John Smith” or “John T Smith”).

We clean the lists (converting files from PDF to Excel, getting rid of the unnecessary columns, removing duplicates). Files are then ready to be imported. Imports are called jobs. Depending on their origin, lists are labeled as official, semi-official or informal. The level of certainty of each field is set accordingly. All lists are assigned a nationality. For instance, “List of graduates from Harvard Business School” is labeled “USA”. “List of public employees from the state of Yucatan, Mexico”, is labeled “MEX”. A few lists, such as “Olympic medal winners” are labeled “INT” (for “International”). In this case, each human on the list has their nationality clearly specified. Under no circumstances can a human be imported without a country.

Logic of the structure

We will operate on the HMVC (Hierarchical Model View Controller) model. Basic tasks will be broken down between several bases linked together. 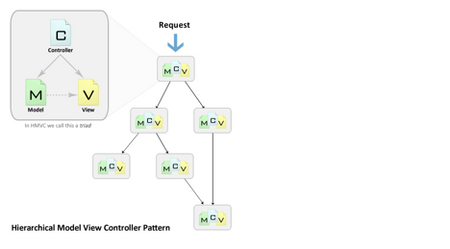 Bases will include, among others:

a. Selecting the import file

We will put controls in place in order to limit the ingestion of junk.

b. Logging the data (ingestion base)

Each human on the list is processed separately and goes through several steps:

o The basic index expresses how unique a human is, first based on their first and last name. Michael Johnson for instance has a 90+ basic index. To avoid querying the “background” base incessantly when importing, for instance, American names, we’ll store US first and last names in an array in the ingestion base for the duration of the import. o The full index expresses how unique a human is, based on all the information we possess. Because we know a lot about him, Michael T Johnson, born on April 24, 1973, in Atlanta, GA has a full index of 1 (1 symbolically expressing the unicity of each human being). o The completion index expresses how much information we have on an individual. Each field adds a certain number of points, up to 100 (when we know all there’s to know).

d. Comparing the human’s soundex with the soundex of humans already in the base (ingestion base)

The ingestion base will contain one table per country with all the distinct soundex pairs. When dealing with human “Michael Johnson”, we’ll look in the Soundex_pairs_USA table whether the corresponding soundex, “J525_M240”, is new or not.

Every 1,000 records, we send the collection(s) to the main repository.

For lack of testing, we’ll assume for the moment that Humans tables will host up to 25 million records (roughly the population of Australia). Countries smaller than Australia will fit in one table. The US will require approximately 14 tables, China and India 50 or 60 tables each. It might make sense to regroup small countries according to a geographical logic (Caribbean countries, Baltic countries, Pacific islands, etc.).

In countries over 25 million people, humans will be dispatched to a specific table based on the initial of their first name. In the US, for instance, the tables will go Humans_USA_BED, Humans_USA_CAF… all the way until Humans_USA_ZZZ. Australia’s only table will be Humans_AUS_ZZZ.

Humans with the property “new” are immediately created in the table corresponding to their name, while humans with the “test” property need to be compared to existing records. Let’s say there are 7,830 humans with the soundex pair J525_M240. We look within this selection how many humans share the same hash as our Michael Johnson. If there are none, we create our record. If there are one or more, we have no other choice than to compare the records one by one.

Last rule: corroborating a bit of information increases the level of certainty of the corresponding field, using a simple set of rules that can probably be improved:

Structure of the bases

The background base includes the following tables:

Humans tables contain seven fields. Whether all of them need to be indexed remains to be decided.

Birth and death years can be expressed as intervals (1970 with a confidence margin of 2 years means “between 1968 and 1972”. This is especially useful when the year of birth can be estimated (for instance, people finishing high school in the US are most likely between 17 and 21 years old).

The main repository will have to be broken down into several bases. Because a 4D base can only sort in one alphabet, we’ll need dedicated bases for China, Japan, Thailand, Korea, etc.

Some data will be used much less frequently than others (for instance all death-related info). We might want to store it in another base. As an example, Australia would have two “Humans” bases, one with the basic info (names, birth, sex, etc.) and another for the death info. In the beginning, the “Death” base would be almost empty and would fill up extremely slowly. Or the first base would be only for live people and at the time of their death, they would migrate to the “Dead people” base. The merits of these ideas need to be further assessed.

Workers will query the main repository at regular intervals to calculate various indicators.

Some of the most interesting stats will pertain to the Population Project itself.

Results will be stored in “historic tables”, making it possible to calculate variations and display graphs.

Because we’ve chosen to organize humans by country, users of the website will be strongly encouraged to select a country prior to running a query. One way could be to preselect the country corresponding to their IP address in the “Country” dropdown menu.

If a query doesn’t return any results for a specific country, we’ll offer to extend it to neighboring countries (e. g. South American countries for Argentina) or to the entire world. One could imagine the following message. “Your query for Luigi Amekporphor didn’t yield any results. Would you like to extend it to other European countries or to the rest of the world (will take longer)?”.

From our perspective, searching for one name in the entire world means querying 239 bases, a number that we think can be reduced to 100 or so by regrouping small countries.

The use of metaphones will allow us to display extensive results, returning for instances the various spellings of Jansen or Mohamed.

In the long run, we might give researchers the possibility to build and download (anonymized or not) datasets.

Founder at The Population Project